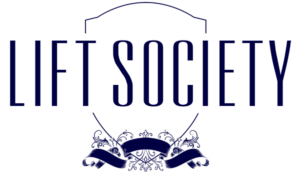 LIFT Society is the only boutique lifting gym in Los Angeles where the focus is aesthetics. We believe in feeling strong, looking amazing, and showing off our hard work. Dylan is the CEO of LIFT Society and Lululemon Ambassador along with being a mom, wife, and leader within the fitness community. She has been a coach to some of the most influential people in Los Angeles and Montecito, CA as well as an international speaker and coach since 2005. Dylan is proud of the culture, community and strong friendships that have resulted from the amazing members at LIFT Society! Dave is the co-owner and creator of LIFT Society. After spending most of his life as an athlete (All state middle linebacker in football and a state champion and PAC 10 champion wrestler) he now focuses on building aesthetic bodies that look as good as they perform. Lindsay grew up very active, participating in team sports such as softball, volleyball, basketball and gymnastics. Despite her natural athletic ability, she struggled with her weight through her teen years and early 20’s. After the passing of her father in 2009, she decided it was finally time to take charge of her life and make a change. She dabbled in general conditioning and mainstream fitness for a few years until discovering CrossFit in 2013. Lindsay eventually transitioned into a full time competitive Olympic Weightlifter after learning that was where her […] Luci is a former couch potato/crazy ice cream eater who discovered her love for weightlifting in 2011. After one very inspiring and also, very humbling year of weight training, gymnastics and the most intense cardio she had ever done in her life, she realized she needed to turn around and inspire others to follow the same path. At that point, fitness completely changed her life. She started coaching Crossfit and Weightlifting in 2012 and completely devoted herself to the success of others through fitness. She is a Crossfit Level 2 […] Matthew has been coaching and personal training in Los Angeles since 2014. He got his start at several local CrossFit affiliates and transitioned into corporate wellness and personal training. He respects and believes in the programming at Lift Society. “I really enjoy the physical discipline of lifting. Being proficient in the the major lifts is something that takes a lot of time and years of practice. I still learn something new every time I lift and it keeps me coming back.”